Is anyone else feeling a little Brexit blugghhh? I think I’ve found the perfect place! One of the reasons for planning this great big European adventure was the uncertainty about what happens post Brexit and we were desperate to show Piper some of the best bits of this wonderful and historically rich continent.

We’re going to manage to cram quite a lot of countries in on this trip but won’t be able to visit them all, the beauty of Mini Europe is that you can cover off most of the major sights in a few hours, not quite the same but you’ll definitely learn a lot on the way!

The attraction is home to 350 (it opened in 1989 with just 60) mini models of various landmarks and monuments from all around Europe. It’s as educational as it is fun and young and old are bound to learn something during their visit.

Each model has been diligently thought out with tiny figurines carrying out their day to day life arround them. It’s thoughtful and often comic in its design. Can you spy someone escaping through a window?!

There are more than 6,000 figurines at this bullfight in the Seville Arena, can you imagine how long that took to create?!

As I imagine every single European who visits does, we loved seeing the tiny representations of our own Country, the UK. It was great that you actually had to cross over some water to get to the UK and Ireland models.

Furthermore we were very pleasantly surprised to see the cute 17th century cottages of Bibury, a tiny village in the Cotswolds where we got married!

I love that the whole park is built to the same scale (1/25th) so for the first time ever I was able to view the various monuments and see how their sizes correlate. The park has a Superferry which is actually bigger than the Grand Place – crazy!

Many models have some kind of movement involved, the boats move, the carousel turns, the Eurostar races along its tracks.

Some of them are also interactive, Piper loved feeling the shuddering ground as she erupted the volcano

The exhibit dedicated to the Berlin wall feels particularly significant now, they have a section on display which encouraged a fantastic conversation and Piper was able to actually knock down a section of the model wall herself.

It’s not just movement that makes it so interesting to kids, each country has a button you can press to play their national anthem. We had fun seeing which we recognised, it was embarrassingly few so need to work on that!

They have some national costume models you can play dress up in, Piper loved being a beefeater but I think the clogs were my own personal favourite!

Although it is a model park, it’s unlike many others where you feel like a real giant stepping over the buildings, these ones are pretty substantial which enables them to really focus on the details of the models.

One of our faves was the Széchenyi thermal baths in Budapest as we had just been there in February, the likeness is uncanny!

Most of the models are made from epoxy resin or polyester but some are made from natural stone. The leaning tower of Pisa is made from real marble and the Chateau de Chenonceau from real French stones!

Everything has been thought out, even the greenery surrounding the paths relate to that particular country, we noticed Lavender from Provence and Spanish grass, such lovely touches. 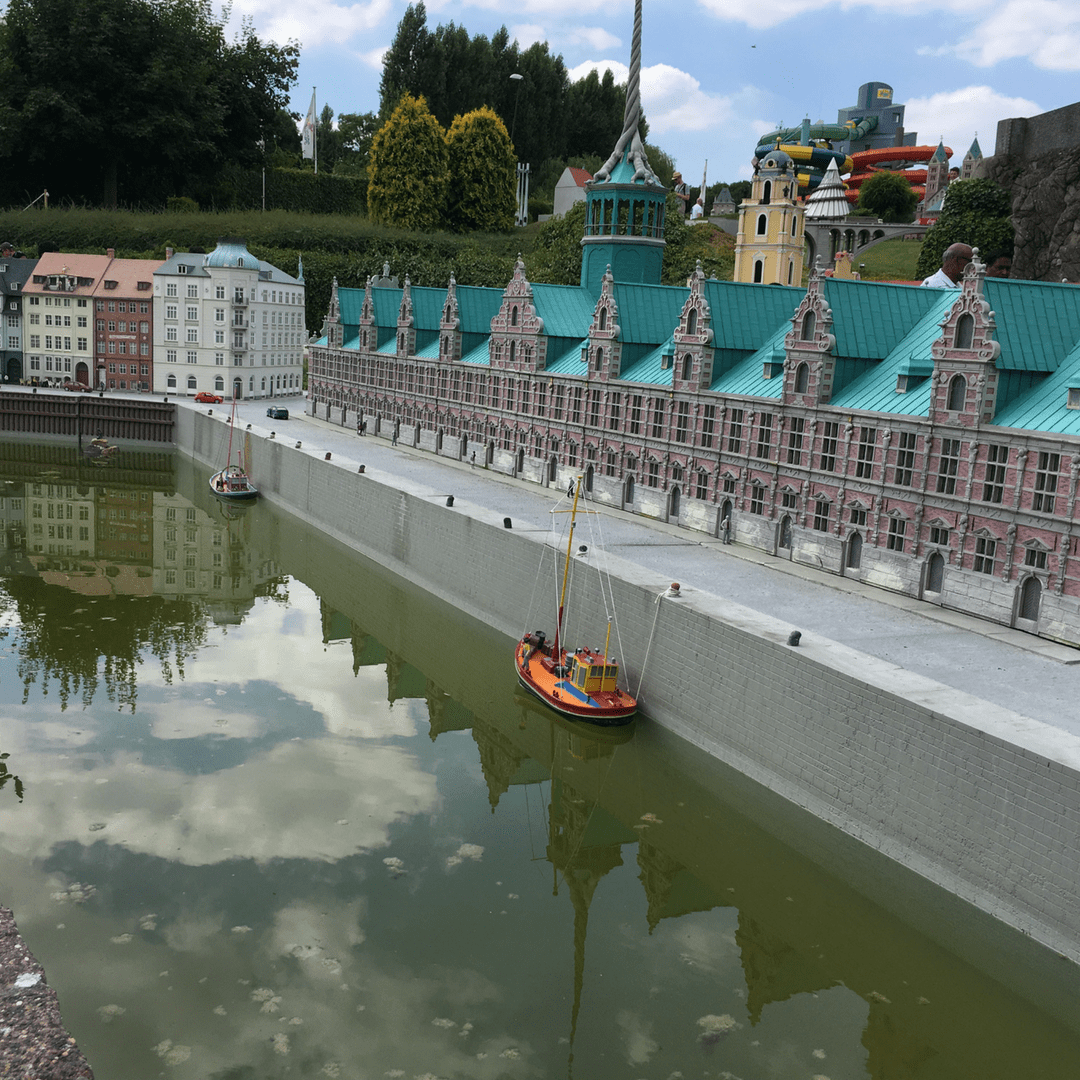 You can steer some model boats around a pond for an extra euro.

I even made some friends!

At the end of your visit, you’ll find the indoor “Spirit of Europe” exhibit where you can test your European knowledge in the interactive quizzes, learn more about the history of the European Union and take part in the big screen movement game.

Some of the explanations are pretty complicated, the interactive parts will keep the kids entertained but we didn’t try to make Piper read everything, you can probably whizz through this bit if you have really little ones.

We all really loved our visit, even though it was the peak of the summer holiday and pretty busy the queues were not bad and the whole place is set out in such a way that the models never feel too crowded, you’ll always be able to get a good look. I highly recommend you giving Mini Europe a try if you’re in Brussels with kids.

What you need to know

Situated in a beautiful park at the foot of the amazing Atomium. It’s also right next to Oceade, a water park and Kinepolis, a huge cinema complex.

The nearest train station is Heysel.

They have loads of ticket options in combination with other Brussels attractions.

You’ll be given a pocket guide when you get your tickets which makes a lovely keepsake, contains some very interesting facts and is also perfect for educating the kids on the various countries in Europe.

You can check the opening hours for Mini Europe on their website.

They have a café and toilets which you can access from halfway round or at the end of your visit. We didn’t eat there but it looked nice, typical café food.

Once inside the park its pretty much all ramps so would be suitable for stollers and wheel chairs.

You can prebook your tickets for Mini Europe here and save.

If you’re looking for things to do in Brussels with kids you may also like:

A Family trip to the Amazing Atomium in Brussels

A visit to the Choco Story Chocolate Museum in Brussels

A trip to the Comic Strip Museum in Brussels

And if you’re looking for a family friendly hotel to stay in Brussels, The Radisson Red is a great choice.

Make sure to pin for later for details on things to do with kids in Brussels.

Disclosure This blog may contain affiliate links which means if you purchase from one of the above links we may recieve a small fee at no extra cost to you. We were guests of Mini-Europe for this review, as always, all opinions are my own.