Awesome things to do in Bologna with Kids – Making Gelato

There are so many fantastic things to do in Italy with kids it can be hard to know where to begin but one thing’s for sure, you’ll want to try the gelato. If you’re in Bologna with kids, you can even try your hand at making it.

We recently visited the Carpigiani Gelato University (yes there is a university for making gelato!) on the outskirts of Bologna and tried out their family experience.

Your visit to the Carpigiani Gelato Museum begins with a tour of the museum and a lesson in the history of gelato (more on this further down). You then get a hands on gelato making lesson in the onsite café and finish with a tasting session. We were in a friendly group of about 5 other families, it was small enough so no one got left out but big enough to make it fun and even slightly competitive.

The experience takes around 1.5 hours in total and is €10 for adults, €12 for kids. Make sure you book online to secure your spot.

Our favourite part of our visit to the Gelato University was the opportunity to make our own. We tried a Sorbetto, a water based gelato made with fresh fruit pulp. All the ingredients are laid out ready for you to get stuck in and your instructor will clearly talk you through each step.

You get hats and aprons to protect your clothes/set the mood, rather fetching!

We learnt about ratios of fruit to sugar, to obtain the perfect flavour. It’s pretty simple, strong flavours such as Lemon require more sugar, less fruit, weaker flavours such as grape require more fruit. You start with fruit pulp, whisk it over a bowl of ice and salt till it starts to solidify. Artisan gelato contains no artificial preservatives or flavourings meaning it is only good for around 48 hours – any excuse to get stuck in!

Who knew that making the perfect gelato required so many equations, it all helps to keep up with the school work while away!

Piper loved serving her own portion, a perfect ending for any child who’s ever looked up at Mr Whippy!

At the end of the class you get to try your creation and also sample some of the many others for sale in the café. We each had a couple of bowls and many other mini samples. Luckily there’s a small playground just outside the café so the kids could burn off all that sugar.

For anyone with an interest in gelato (so most of us then), the Carpigiani Gelato Museum which was opened in 2012 is fascinating, full of gelato making machines, beautiful vintage packaging, original Carpigiani churning machines and moulds and some original gelato selling bikes.

Piper even had a chance at turning one of the original churning machines, apparently it was harder than it looks!

We learnt the difference between ice cream and gelato (the Italian word for frozen). Gelato is lower fat, contains less air, is creamier as it is churned at lower speeds and is served at a slightly higher temperature than ice cream – around 5-10 º F giving it a more intense flavour. We were also told about the history of the Carpigiani brand and gelato itself which was invented in Florence in the 16th Century.

How gorgeous are these vintage crates the cones used to be packaged in. 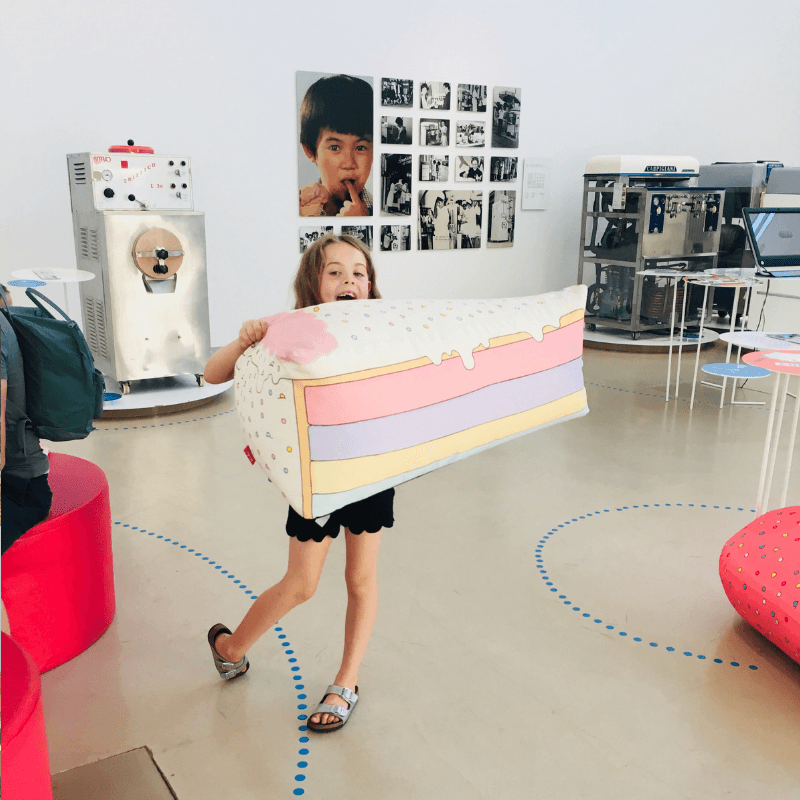 The museum is bright and airy, with some oversized dessert style cushions if the kids need to sit down/hit each other with something soft and some fun quotes and retro images around the walls.

This is not exclusively an activity for kids, it’s an actual university so the majority of students will be adults but actually, our teacher, Arianna targeted the tour and class perfectly for the age ranges we had, she was so patient with all the many excited questions and kept them all engaged during are whole visit. As you’ll discover if you’re visiting Italy with kids, this is pretty common.

We were a little late to arrive, we had been up the two towers in the morning and google maps got us a little lost but they waited as long as they could and got us all up to speed quickly. They are all clearly very passionate about what they do and most importantly, love gelato and are proud of its origins.

There’s a real community feel to the place, Arianna told us that they had an outdoor movie showing that evening for local villagers, employees and people attending the University. I really wish we could have stayed!

This was probably one of our favourite things to do in Italy with kids, and it is definitely one of the things Piper remembers the best. We learnt loads, over-indulged on delicious gelato and met some wonderful people. Whilst we may not be ready to open our very own Gelato store, we did receive a certificate at the end of the course and came away with a much greater appreciation for the artisan businesses who do. I highly recommend a visit if you’re in Bologna with kids (or even without).

Location of the Carpigiani Gelato University

Located about 20 minutes drive from the centre of Bologna, out into the beautiful Italian countryside. If, like us your visiting Bologna with kids, we found having a hire car was really useful but if you don’t, you can always take the number 87 bus from Bologna Central Station in the direction of Anzola Emilia. Get off the bus at Via Magli in Anzola.

A bit about the Carpigiani Gelato University

The University itself was opened in 2003 to help entrepreneurs change their lives by opening a traditional gelato shop. They offer more than 500 courses in 10 languages. They have 13 other satellite campuses across the world. Their “Become a Gelatiere” course takes just 4 weeks and ends with an internship at the Carpigiani Gelato shop, you can add various modules to learn pretty much everything you need to know about opening your own Gelateria.

We were gifted our “Gelato for families” experience in exchange for this review during our visit to Bologna with kids. All opinions, as always, are our own. 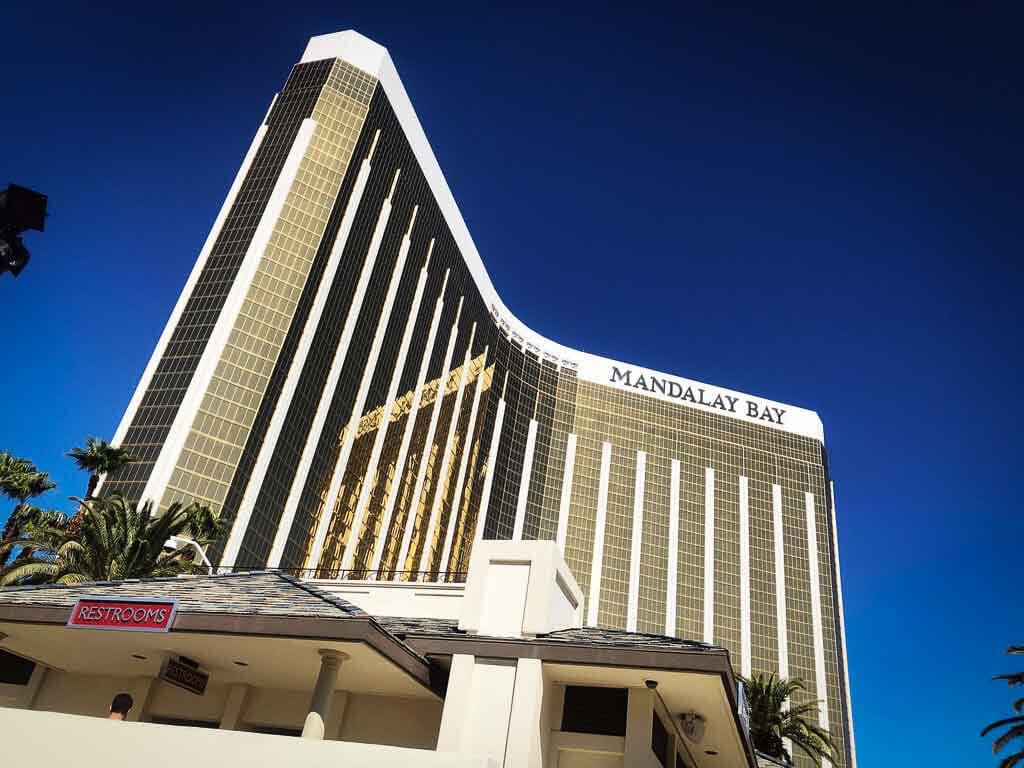 Mandalay Bay for kids, my favourite hotel in Las Vegas.