Tackling the Freedom Trail with kids

Boston is an amazing place to visit with kids, there’s so much to see and do and the Freedom Trail is a great place to start. It’s a literal walk through the American Revolution, if you’re walking it with little kids just make sure you plan in plenty of stops, especially if it’s really hot. If you rush it you can probably whizz round all the sites in ½ a day but I would recommend scheduling in a full one and remember, you don’t need to do it all in one day.

The Trail is physically marked as you go along and you follow the red bricks or paint making it super fun and easy to follow for the kids.

This post contains affiliate links. This means I may receive a small commission if you book through one of them. At no extra cost to you.

Before you start the Freedom Trail

Most UK kids wont have studied the American Revolution at school so it’s a good idea to familiarise them with the history before you start. We downloaded a map and found some great child friendly books about Boston before we visited. You might want to try these out:

What Was the Boston Tea Party 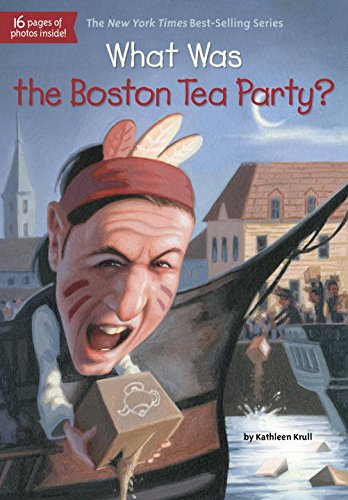 You can take part in an organised tour but I do think that if you’re attempting it with kids, it’s best to go self-guided. That way you can take it at your own pace and you don’t have to enter every single attraction.

Don’t think you have to include everything, these are some of the things we enjoyed along the Freedom trail with kids.

The trail begins in Boston Common Americas oldest park which was used to house local livestock until 1830. Boston Common has always been a place for public oratory and discourse and continues to be so this day. In Summer it’s a gorgeous place to chase squirrels, take a trip on the swan boats or have a go on the carousel so make sure you give yourself time to explore.

Next up on the trail is the Massachusetts State House and its impressive gold dome (which used to be made of wood!). This is one of the oldest buildings in the Beacon Hill neighbourhood. It is home to the Massachusetts General Court and the Governor of Massachusetts.

The Granary Burial Ground is the final resting place for some of Americas most famous historical figures. Amongst others you will see the grave of Benjamin Franklins parents. Also John Hancock’s tomb, and the resting place of Paul Revere. There is also a grave marker for the victims of the Boston Massacre.

The Kings Chapel is another historical burial ground, here you will find the graves of Mary Chilton, the first woman to step off the Mayflower and John Winthrop, Massachusetts’ first Governor.

The Old South Meeting House set the stage for some of the most dramatic events leading up to the American Revolution including when Samuel Adams held a meeting which began the Boston Tea Party.

My favourite building on the trail is the Old State House, built in 1713 to house the colony’s government, the Old State House was at the centre of events which kick started the American Revolution and is where historical figures such as Sam Adams and James Otis would argue against the policies of the British Crown. It’s the place where the Declaration of Independence was first read to the public in 1776 from its balcony.

Make sure you spend some time at Faneuil Hall (and Quincey Market). This is a great place to stop for a snack or lunch and to people watch for a while. During summer there will be street performers and outdoor stalls.

Depending on where you started on the trail, The Bunker Hill Monument will be your last stop. This huge monument took 16 years to construct and was built to commemorate the Battle of Bunker Hill. It has 294 steps which you can climb in the summer months. You will need a pass from the Bunker Hill Museum at 43 Monument Sq.

Have you visited Boston and completed the Freedom Trail with kids? I’d love to hear any of your hints and tips, just leave a comment below!

If you’re looking for other ideas of things to do in Boston with kids, try these other articles:

And for some fabulous things to do, give the Boston Museum of Science a try. Kids will also love the Boston Childrens Museum